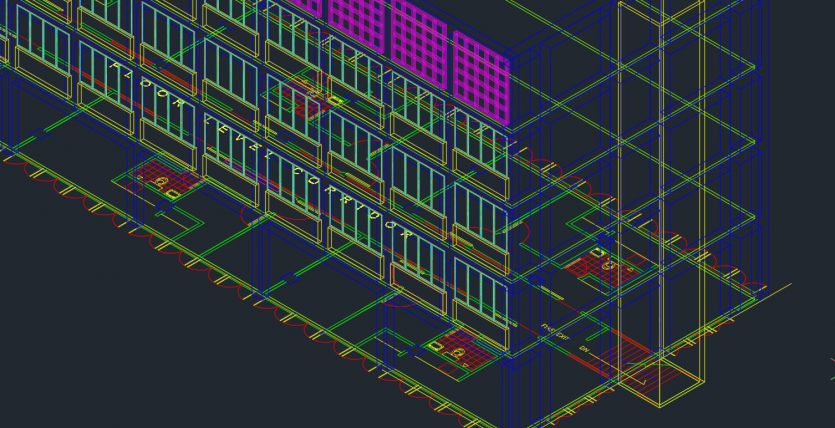 The Project Site is the Berm slope of the Manggahan Channel, varying from 20 ‑ 50 meters wide, with a total length of 15.50 kilometers from Stn. 2+150 at the east and west embankment from Pasig Metro Manila to Stn. 8+900 Cainta & Taytay, in the Province of Rizal.

The site is strategically located at the South-eastern part of Pasig City, Metro Manila, three blocks away from Ortigas Center.

The topographic condition of the site per record of the DPWH at the east & west embankment of the Manggahan Floodway and their respective service roads are generally flat, ranging from the 16.40-meter elevation at Stn. 2+150, gradually sloping down to 15.13-meter elevation at Stn. 8+500. The elevation of the site is relatively higher than the existing grade lines of the surrounding residential subdivisions, ranging from 2.50 meters at Stn. 2+150 to 4.50 meters at Stn. 8+900, a total sloping height of 8.50 from the bottom of the channel.

Manggahan Floodway is a man-made floodwater channel, not a natural river. The soil bearing capacity of the site per record of DPWH is suitable to carry medium-rise building, per result of engineering study, but isolated soil test is to be conducted to see if the soil is still capable of carrying the proposed medium-rise structures.

The population of the east and west berm slope informal settlers at the Manggahan Floodway is 6,700 families, based on the census conducted in year 2000, from PasigCity to Cainta & Taytay in the Province of Rizal. The settlers continue to escalate and now, new 2000 families are added enabling us to add another floor for them to accommodate.

The site is now occupied by some 8,700 families. Five (5%) percent of which are commercial concrete structures along the service road erected by Professional Squat-ters worth million pesos; fifteen (15%) percent are mixed concrete and wooden houses in the upper portion of the berm; Thirty (30%) percent of the informal settlers are equipped with home appliances and cars showing their established employment and source of livelihood, some are professional squatters who can afford to build extra commercial and residential units for rent, while the rest are un‑safe shanties haphazardly erected without considering the risk particularly shanties erected along the dangerous lower-most portion of the berm, who erect their wooden columns soaked into the water.

These erections are all illegal and are tolerated by their respective Barangays particularly the ‘Purok’ Leaders who are selling possessory right over the restricted government property.

Both embankments are accessible to Two (2) ”Talipapa” Wet Markets at Stn. 2+000 at Brgy. Sta. Lucia, Pasig City and Stn. 5+400 at San Andres, Cainta, Rizal while a Public Market Complex is located at the other end of Highway 2000, a kilometer away from Stn. 6+480 East Service Road, Brgy. San Juan, Taytay, Rizal while the West embankment is also accessible to a “Talipapa” Market at the West Service Road at Stn. 2+000, the East markets are also accessible by crossing the bridge or by taking the 1.5-kilometer alternative commercial establishments at Pasig City.

Based on the census, 60 percent of the total settlers had undergone formal education at least on the secondary level and 80% of the children from 7 years old and over attended school. There are six (6) elementary schools, along the East & West Service Road and to name one is ExodusElementary School with 20 classrooms holding classes of 80 pupils per classroom, two sessions and/or set of pupils per day.

Based on the survey, 60 percent of the households do not have standard sanitary facilities, particularly those families in the shanties at the lowermost portion of the channel who are disposing their garbage and sewer waste directly into the water.

For their health and medical assistance, the settlers avail themselves of the facilities of the Pasig GeneralHospital, adjacently located along the northwestern side of the Manggahan Channel. Four (4) Medical Clinics and three (3) Baranggay Health centers, all strategically located along the East & West Service Roads of the embankment.

Records from the Hospital, Clinics and Health Centers above mentioned for the period 1985 to 2000 showed drowning, diarrhea, asthma, and bronchitis pneumonia as the leading causes of morbidity, way ahead of the other causes.

Public transport at the East & West Embankment Roads is provided by Public Utility Vehicles (PUJ) and aircon Mini Vans (FX) while the Tricycles are common transport carriers at both embankment roads, servicing from stn. 0+100 to 8+900 from Brgy. Rosario, PasigCity to Sitio Bangiad, Brgy. San Juan, Taytay, Rizal and vicinity. The site will soon be accessible to southbound transport after the completion of the proposed Mega Dike C‑6 Highway.

Communications are also accessible at the site with the existence of the telephone cables and wires. Cell site signals, Postal service, Cable TV, Air Cargo and Telegraphic & Fax services.

The electric power supply in the east & west embankments are serviced by Meralco. The wiring installations from the service meter to the household subscribers are wired far below safety standards.

Water supply at the east & west embankments are serviced by private water system collecting from the residents of the area three times the cost of the Manila Water. Households that cannot avail of the water service use of the shallow wells and deep wells. Some buy their water from peddlers. The potable commercial water facility of Manila Water is now available at the site.

PCC & Associates had started and conceptualized this project from the very beginning with the mindset of helping out the poorest areas of Manggahan Floodway. Hard work has always been at the forefront of our motivation, and residents are looking forward to these developments.